In a Bollywood film ‘Sharabi’, a song on Amitabh Bachchan was filmed ‘Nasha Sharab mein Hota To Nachti Botal …’. The argument is good, but it can not be overlooked that intoxication whether it is in liquor or in our brain, it overpowers us, and makes us do all those things, which we hardly think about when we are in our senses. The question is, what does alcohol do after all, that after drinking it, the brain goes out of order.

The matter is that once liquor is consumed, it dissolves rapidly in the blood and reaches all the parts of the body. Liquor through our throat reaches our stomach, where 10 percent liquor is absorbed, the remaining liquor goes into the small intestine, where it is absorbed in the blood vessels. Our lever can only metabolize 15 mg per hour of liquor. It means, that is the amount of liquor, which can be converted into energy, if we drink more than that, liquor will start to freeze in the body and the body will start showing signs of intoxication.

When liver is fine then our body is fine, liver is the largest gland in the body, which produces bile. Disturbance in the liver, can also contribute to deadly diseases, honey water plays an important role in keeping liver healthy.

Due to the two enzymes liquor is metabolized in lever, ADH and ALDH, firstly ADH does the metabolizing of liquor that turns it into acetaldehyde. Acetaldehyde is a poisonous mixture that is considered to be the reason for the hangovers. Acetaldehyde is then metabolized in ALDH acetic acid i.e. vinegar. After two drinks, symptoms of intoxication begin to appear. For this reason, after drinking, people start doing things, which they hardly do in their senses.

How does liquor makes us do all this?
We have Gaba neurons in our brains, which we can call stop neurons and glutomaturgic or go neurons that make us work. Liquor affects both of these neurons, and overall functioning of our brain get affected. One part of this is the prefrontal cortex, which is front part of the brain, it is quite active, and liquor also leaves it defunct. Liquor should not be consumed empty stomach, as it begins to burn, due to which the food is not properly digested.

Liquor activates those neurons that make us feel good. It is called Dopamine Feel Good Neurotransmitter, which repeatedly makes us realize the effect of liquor, and we run away for another drink. After three to four drinks i.e. 50 mg of liquor other symptoms of intoxication begin to appear, like faltering legs and in order to avoid all these conditions liquor should be consumed carefully.

The presence of liquor stays in urine for 3 to 5 days. At the same time, it remains 10 to 12 hours in the blood, if the hair are examined, the effect of alcohol remains for 90 days. 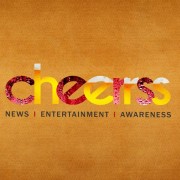